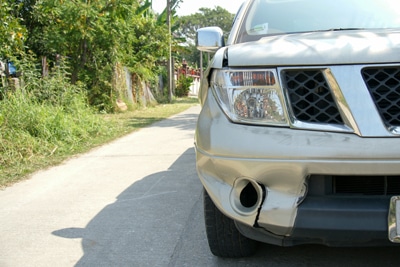 A quarter-size dent is no reason to sound the alarm, though it detracts from your vehicle’s appearance. A larger dent—about the size of a basketball—is more cause for concern. Sure, the car may still be fully functional, but you need to have it checked out by a collision repair crew. Unbeknownst to most motorists, car dents may compromise your vehicle more than you think.

It’s common for a fender, guard, or bumper to incur noticeable damage during a relatively minor fender bender. That’s what they are designed for. While the car is still completely operable, it may be less safe should another collision happen to occur. The resulting dent from the first collision has seriously compromised the car’s structural integrity. This lessens its ability to hold up under impact and protect the occupants.

The car’s auto paint is more than a cosmetic element. It also acts as a seal that protects the metal from contaminants. When the seal is broken, the metal becomes exposed to elements like dirt, salt, and moisture; these all lead to rust. Aside from making your car look like an old clunker, rust also weakens metal. Just as brittle bones are more likely to break, rusted metal is more likely to crumple in a collision.

It Ruins the Aesthetic

Under the right lighting conditions, some dents are visible from even a block away. If you own a light-colored car, the dent is even more noticeable. Do you really want to drive around in a blemished vehicle?

We’ll Inspect and Repair Your Car Dent in Everett

Bring your car over to Absolute Auto Body. We’ll take a look at the car dent and let you know if it poses a safety issue. All our repairs and car dent restoration work is backed by a material and workmanship warranty. Contact us today for quality dent repair services.

Two locations to serve you: Everett and Lynnwood

During this challenging time we understand your car is essential to you. Absolute Auto Body is considered an essential business and we are open for business. We want you to feel safe & comfortable when you bring your car to us. We are doing curb-side estimating which can still be scheduled via email or phone and all vehicles are sanitized with BioPledge® AntiMicrobial Protection (AMP)™ that kills 99.9% of Bacteria & Harmful Microbes.

Leave Us A Review 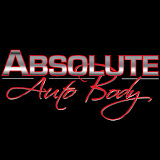 Monika
I highly recommend this repair shop. I took my vehicle here to get repaired after an auto accident. Troy and his team were super helpful and answered any questions or concerns I had. Last week I noticed rain water leaking into my vehicle, I called them immediately, they took it in and notified me that someone actually tried to break into my vehicle. The door evidence shows someone tried to pry it open. They fixed it at no charge. I'll definitely be taking my vehicle here anytime I have issues and will be telling my friends and family about the great service!

Alan Hardwick (Hardwick Consulting Group)
Simply outstanding. The staff were professional and Johnny-on-the-spot, with accurate, courteous communication and a friendly demeanor. They set clear expectations and over-delivered, working through insurance and supply chain issues without skipping a beat. These guys really know what they’re doing.

Jennifer Both
Our family has been using Absolute Autobody for years. Last year I decided to get a bid elsewhere to see if their pricing was good. It was! Absolute’s bid came in lower than the competition and they always do excellent work. Rich and they gang always provide great customer service, going above and beyond to help us. Highly recommend.

Robert Marmaduke
Absolute Auto Body were able to fit me into their schedule for partial repainting hood and roof, and it came out looking new with close match to the old paint color. Very satisfied with result, and their professional inspection & quote. Would go back there in future without taking bids.

Alex Pisoni
By far the best place to take your car, I've personally only had great experience with this shop since 2006. Thanks guys

Karen Hendricks
Very nice people. I showed up for estimate but didn't have appointment. Even so I was greeted outside and an estimate was started

Vincent Piha
By far the ABSOLUTE BEST body shop. Sadly, I have the privilege of saying they have taken care of all three of my cars. Every car has turned out looking better than new. I cannot thank Rich and Troy enough for all their time and effort making sure things get done right. Especially when spending hours working with insurance companies to get the ball rolling. I’m looking forward to getting my wife back in her car soon. 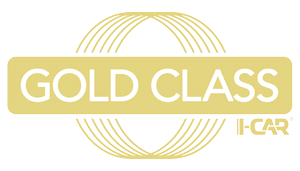